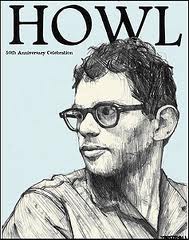 Location: The United States of America

Description of Artwork: Allen Ginsberg's "beat" poetry sought to express unflinchingly the experience of his own consciousness. He wrote about his mentally disturbed mother, his drug use, his homosexual experiences, his alienation from the Jewish faith and culture and the deaths of drug-addicted friends.

The Incident: In 1957 The United States Custom Bureau seized 500 copies of Ginsberg's book Howl and Other Poems as they were being returned to the publisher, City Lights, in San Fransisco from the printers in London. The owner of City Lights, Lawrence Ferlinghetti, informed the American Civil Liberties Union (ACLU) whose lawyers told the US Attorney in San Fransisco that they were going to fight the obscenity charge being brought against the book. The books were then released. A few months later two police officers working on orders from the San Fransisco police department bought a copy of the book from City Lights and then issued an arrest warrant for Ferlinghetti for publishing obscene material. The ACLU again came to his defense and the judge acquitted Ferlinghetti, dismissing the use of the word obscene to describe Howl because the book had "redeeming social importance". In 1959 The Chicago Review published some of Ginsberg's poems. The Review's sponsors then said the journal must withdraw material from other beat writers set to appear in their next issue. The editors resigned and with Ginsberg's help they were able to put out the repressed issue under a new name. By 1965 Ginsberg had gained international notoriety for his drug use and homosexuality and while traveling abroad he found his visa terminated in Czechoslovakia and India for his "immoral" writing. In 1984 Ginsberg found himself among a list of blacklisted speakers held by the US Information Agency as a public figure banned from government sponsored speaking engagements because of his liberal views. In 1988 Ginsberg again had to defend Howl from the censors when the Federal Communications Commissions prohibited the reading of the poem on the radio before midnight.

Results of Incident: Ginsberg was always an outspoken critic of censorship. He was a member of PEN Freedom-to-Write Committee and eventually became vice-president.