A Walk in the Valley 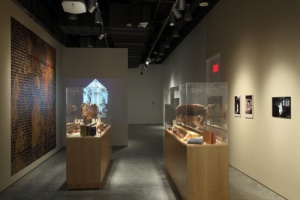 Description of Artwork: The piece contains text from a 19th-century letter by Corra Harris, a Georgia novelist, who justified the lynching of a black man near Newnan.

The Incident: Ruth Stanford’s installation "A Walk in the Valley” was removed a week before the opening of the Zuckerman Museum of Art after KSU officials became concerned that the work would offend viewers and inflame issues of race. The University said “A Walk in the Valley” was pulled because it did not fit the “celebratory nature” of the opening.