Critique of Pure Reason; Religion Within the Limits of Reason 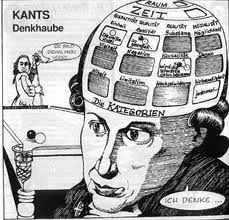 Description of Artwork: Critique of Pure Reason, 1781: The result of some 10 years of thinking and meditation. Kant inaugurated a new era in the development of philosophical thought. His comprehensive and systematic work in theory of knowledge, ethics, and esthetics greatly influence all subsequent philosophy. Divided in two parts: Transcendental Doctrine of Elements and Transcendental Doctrine of Method. Die Religion Innerhalb der Grenzen der Blossen Vernunft, (Religion Within the Limits of Reason) 1793: Dispute with Prussian authorities on the right to express religious opinion.

The Incident: 1793, Prussia: Die Religion Innerhalb der Grenzen der Blossen Vernunft, second part, was suppressed by the strongly Lutheran Prussian State because it was opposed to the literal doctrines of the Lutheran Church.

Results of Incident: 1793, Kanigsberg: Both parts were published, and Frederick William II promptly forbade the author to lecture or write on religion, not so much because of his religious unorthodoxly, as for his supposed sympathy with French revolutionary ideas. 1827, Rome, Italy: Critique of Pure Reason, in Italian, was placed on the Index. 1928, Soviet Union: All works banned. 1939, Spain: France purged the libraries of "such disgraceful writers" as Kant.