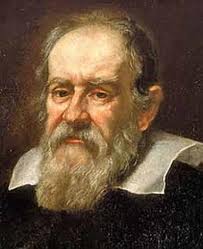 Description of Artwork: Dialogo sopra i due Massimi Sistemi del Mondo (Dialogue concerning the Two Chief World Systems Ptolemaic and Copernican) is an unabashed plea for the Copernican system. Copernicus' evidence of the movement of the spots across the face of the sun, Galileo maintained, proved Copernicus' theory was right and Ptolemy's wrong.

The Incident: 1616, Rome, Italy: Galileo was reprimanded by Pope Paul IV, and told not to "hold, teach or defend" the condemned doctrine of Copernicus, whose theory he had tried to reconcile with religion. 1633: Dialogo banned by Pope Urban VIII for heresy and breach of good faith. 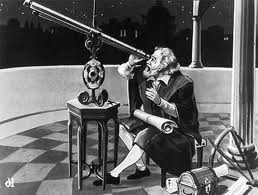 Results of Incident: 1633, Rome, Italy: The author was examined by the Inquisition under threat of torture and sentenced to incarceration at the pleasure of the Tribunal. Galileo, although a white-haired old man of 70, was compelled to kneel, clothed in sackcloth, and deny that which he knew to be true. He promised "that he would never again in words or writing spread this damnable heresy." He is said to have murmured as he rose from his knees; "Nevertheless it does move." By way of penance he was enjoined to recite once a week for three years the seven penitential psalms, although he felt "that Holy Writ was intended to teach men how to go to Heaven, not how the heavens go". 1642: On Galileo's death, his common-law wife submitted his manuscripts on telescopic and pendulum inventions to her confessor who subsequently destroyed them as heretical.