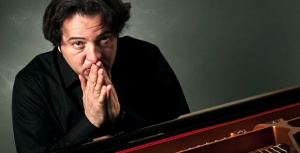 Description of Artwork: "Say wrote a tweet mocking the muezzin, a person who leads the call to prayer in a mosque. 'The muezzin finished the azan in 22 seconds. What’s the rush? A lover? A raki table?' he asked. He also retweeted a verse attributed to the 11th-century poet Omar Khayyám: 'You say rivers of wine flow in heaven, is heaven a tavern for you? You say two houris await each believer there, is heaven a brothel to you?'" [1]

The Incident: Say wrote the tweets, which had been re-tweeted by numerous other people, in April. He is now facing charges for insulting Islam.

Results of Incident: The trial is set to begin on October 17.