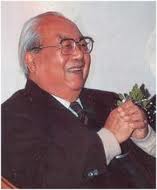 Description of Artwork: Fei advocated the importance of professions and studies in the humanities.

The Incident: Fei was politically active in the Chinese Democratic League and remained in China after the Communist Party took power. He worked for the Central Institute of Nationalities, contributing to academic studies. In 1950 he was accused of "acting like a VIP." In 1956 he was ordered to criticize policies favoring academic life. On the contrary, he published several articles criticizing the government for abolishing sociology as an academic discipline and called on other academics to be more outspoken. His work was attacked for its "imperialist" inspiration and he was accused of elitism and class arrogance.

Results of Incident: Fei was forced to spend two and a half years in "re-education." Afterward he was allowed to return to the Central Institute of Nationalities.