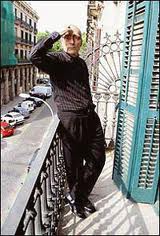 Confronting Bodies: The Catholic League for Religious and Civil Rights

Description of Artwork: . Copia, Napa Valley’s food, wine and arts museum put up an exhibition titled Active Ingredients, which rans through April 22, 2003. The exhibit features specially commissioned food-related works by seven contemporary artists. Antoni Miralda, a Catalonian artist based in Miami, filled 11 refrigerated soda cases with found objects as part of his continuing project Food Culture Museum. Among the objects are 35 figurines, each about the size of a chess piece, of different characters sitting on potties (among them several nuns, the pope, Fidel Castro, and Santa Claus). These figures are called "caganers" and are part of a Catalonian peasant tradition.

The Incident: The Catholic League for Religious and Civil Rights protested Copia's exhibit titled, Active Ingredients, claiming the exhibition was "insulting, gratuitous, and unnecessary." Activists say the work by Spanish artist Antoni Miralda has no place in a museum funded in part by tax dollars, including money from Catholics. Patrick Scully, a spokesman for the Catholic League said that scores of the New York-based group's 350,000 members nationwide who had seen or read about the exhibit had called to complain. And, on January 5, 2002, leaders sent a letter to museum officials, who responded with an e-mail defending the depictions.

Results of Incident: Copia Executive Director Peggy Loar along with other supporters of the exhibit responded to the allegations by the Catholic League explaining that the Catholic League's unfortunate practice of sensationalizing art they haven't even seen, let alone attempted to understand, has led them to demonstrate their lack of knowledge of cultural history. The "caganer," euphemistically known as "the guy who is doing his business," is a traditional nativity scene figure in popular Catalonian tradition. Most frequently the caganer is a peasant in a red beret, but caganers also include nuns, soldiers, contemporary characters, etc. Caganers are present in private, as well as museum collections. They serve to introduce an element of down-to-earth humor into the solemnity of ritual. In addition, Loar made it known that the $55-million nonprofit museum is in large part funded by private donations, including $20 million from Mondavi. The Catholic League wrongly claimed that the museum received $75 million in public funding.