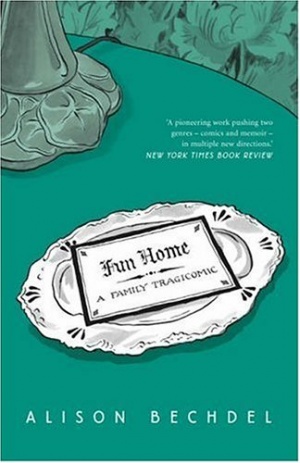 The Incident: In Missouri: The Marshall Public Library had placed Fun Home, as well as Craig Thompson's graphic novel Blankets, on its shelves for their reading public. The board then received a complaint from Louise Mills, who argued that the content was inappropriate for children, and even called some of it "pornographic." [1] After several hearings, the library board voted to withdraw the books from the shelves until a new materials selection policy could be developed.

In South Carolina: Alison Bechdel’s Fun Home has been challenged once again, this time for its inclusion on a freshman recommended reading list at the College of Charleston (CofC) in Charleston, South Carolina. The conservative religious group opposed to the book has labeled it “pornographic.”

Results of Incident: In Missouri: After several months, and a letter from the NCAC, the library board voted to restore the two books under a new selection policy.

In South Carolina: There has been no formal challenge. CofC participates in an annual program that selects a book and provides free copies of the book to all incoming students and fulltime faculty. Fun Home was selected as this year’s book, but while students are encouraged to read the book and to participate in a discussion during orientation, they are not required to read it.