God Resigns in the Summit Meeting 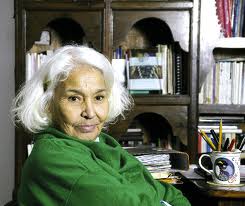 Description of Artwork: Nawal Al Saadawi's book God Resigns in the Summit Meeting takes the form of a play and addresses socio-economic and religious issues in modern-day Egypt.

The Incident: Mahmoud Madbouli, who runs a publishing house in Cairo, recalled copies of Saadawi's book God Resigns in the Summit Meeting "once we learnt it offends religion". Madbouli has published dozens of Saadawi's books in the past, but banned this one because he felt it offended reader's sensitivities. The book was also not circulated at the Cairo Book Fair. Saadawi has been controversial in the Arab world and is accustomed to having her work censored. She is the founder of the first independent feminist organization in Egypt, the Arab Women's Solidarity Association.

Results of Incident: No progress yet made on case.