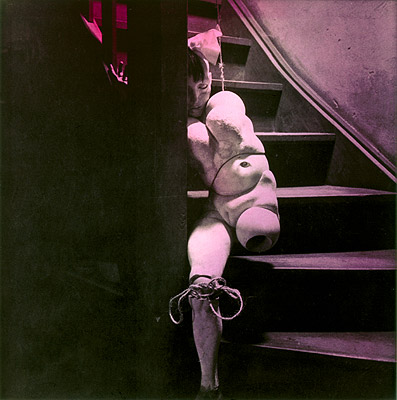 The Incident: The exhibition, originally mounted at the Centre Pompidou in Paris, arrived at the Whitechapel in September. Twelve pieces were then removed from the exhibition the day before it opened to the public. The gallery cited simply lack of space, however, Agnès de la Baumelle, the curator of the exhibition, stated the works had been personally removed by Iwona Blazwick, the Whitechapel Gallery Director, as an act of censorship. According to Baumelle, Blazwick had described the works in question as "sulphurous" and had declared that they would be dangerous to exhibit not just because of their "paedophile" overtones but also because the area of Whitechapel has a large Muslim population.