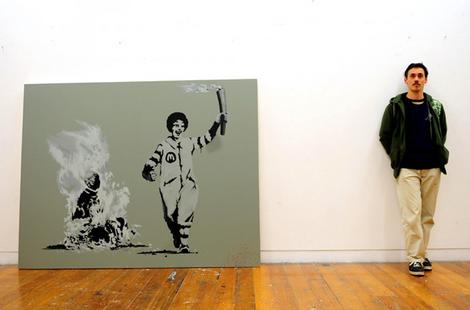 Description of Artwork: The painting depicts Ronald McDonald running past a burning monk, with Olympic torch in hand.

The Incident: City officials banned the work from public exhibition, citing copyright concerns as the reason. The artist asserts that his painting is a comment about how the global economy interferes with human rights' initiatives.

Results of Incident: Rudd and his supporters are voicing protest. In their opinion, Australian government officials see the painting's references to China as a threat to Sino-Australian relations.