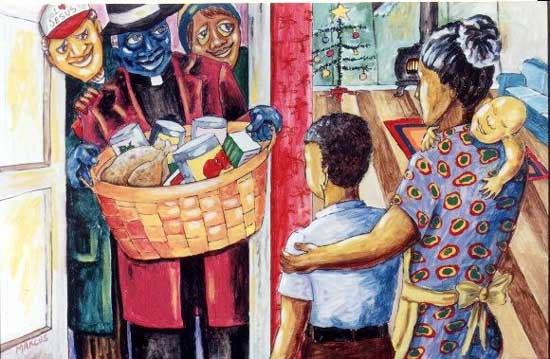 Description of Artwork: The series of paintings, Storefronts, depict the artist's upbringing, where religion played a prominent role - one contains a priest carrying a Bible, another a priest bearing a basket of treats for a woman and her child, and a third features a man whose cap reads "I Love Jesus."

The Incident: Worried about violating the principle of separation between church and state, the City Manager removed three paintings from the series from a City Hall display celebrating Black History Month.

Results of Incident: After protest, the City returned the paintings.