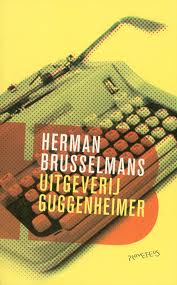 Description of Artwork: Writer Herman Brusselmans from Gent, Belgium wrote a fictional novel about a publisher named Guggenheimer, a man without scruples and a huge libido; Guggenheimer is a fictitious character but the people who are described as having sex with this character are not, such as fashion designer Ann Demeulemeester.

The Incident: Ann Demeulemeester, who did not appreciate being described as an ugly woman sucking Guggenheimer's fictional penis, filed a lawsuit.

Results of Incident: The lawsuit was successful and the book was recalled in Belgium.