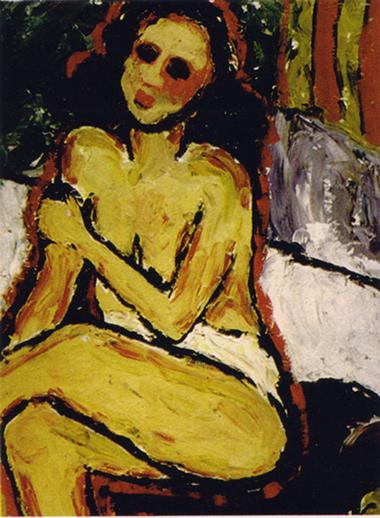 Description of Artwork: This oil painting depicts a seated nude woman with crossed arms and legs; one of her breasts is partially exposed.

The Incident: After viewing the painting, Laurie Crowder submitted a sexual harassment complaint to the city's Legal Department. She claimed that City Hall was her workplace, and the painting made it a hostile environment. City officials therefore removed the painting

Results of Incident: Henderson filed a suit against the city for violating her First Amendment rights. On March 27, 1997, a U.S. district judge ruled in favor of Henderson, noting the fact that it was a public space. The city's art policy was changed to give the city manager, who enforces harassment policies, final say over rotunda displays.