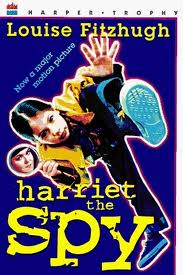 Description of Artwork: Harriet the Spy is a children's book about a young girl, Harriet, who wants to become a spy. She gets into trouble when she writes harsh criticisms about her classmates in her journal and is caught. Harriet gets advice from her nanny, Ole Golly, to lie about what she wrote.

The Incident: Harriet the Spy recieved praise from Library Journal, the Bulletin of the Center for Children's Books and the New York Times Book Review. However, other critics rebuked the story for its alleged immorality, refering to the advice given by Ole Golly. Libraries and schools across the United States created committees to decide whether or not to offer the book. Parents and teachers claimed that children were and would begin to imitate Harriet's window peeping.

Results of Incident: Harriet the Spy was removed from library shelves across the United States. Today, however, the book is back in libraries; it was also adapted into a feature film in 1996.