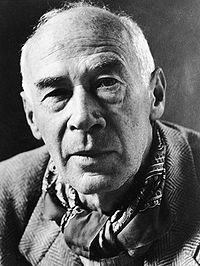 Description of Artwork: Tropic of Cancer (1934) along with the follow-up Tropic of Capricorn (1939) are the most controversial of Henry Miller's works due to their sexually explicit content. The books are an autobiographical account of a poor expatriate living in France during the early 1930s. With no real narrative plot, the novels follow the everyday life of the narrator. What make both works so controversial are the numerous sexual encounters that are depicted with shocking and unprecedented detail and frankness.

Sexus (1949) is the first book of The Rosy Cruicifixion trilogy which describes Miller's life from his first divorce until his move to France in 1930.

The Incident: In 1938, the U.S. Government banned Henry Millers novel Tropic of Cancer, saying it dealt too explicitly with his sexual adventures and challenged models of sexual morality. To further drive the point home, the government went on to ban all of Millers works from entering the United States.

The first French edition of Sexus, published in 1949, was not made available for general distribution in France, and was distributed privately only by the publishers.

Results of Incident: In 1961 the US ban on Henry Miller's novels was finally lifted, but the controversy surrounding his books (in particular Tropic of Cancer) continued. Tropic of Cancer was still labeled as "obscene" by the US government and nationwide there were attempts to stop the sale of Miller's novel.