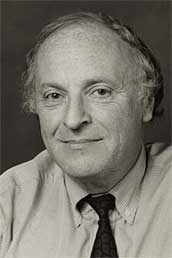 Description of Artwork: Brodsky wrote poems about religion, culture, architecture, nature, parting exile, love and treachery. He has been compared to W.H. Auden and the English metaphysicals.

The Incident: Brodsky's first taste of censorship came in 1959 when the publisher of a poetry collection that included his poems was arrested. In 1963, Brodsky was accused of debauchery, pessimism, social parasitism and anti-Soviet activities. He was sent to prison in 1964 on the parasitism charge; the Soviet court decided that since he was a poet, he didn't really have a job. He was forcibly exiled in 1972 and was welcomed by western intellectuals. Brodsky travelled the world and continued to write. In 1972-1973 a four-volume collection of his work was published. The compilers were immediately arrested but the collection circulated surrepticiously.

Results of Incident: After glasnost and perestroika Brodsky's work began to flood into the Soviet Union. Now he is one of Russia's most celebrated writers. Brodsky settled in the United Sates. He won the Nobel Prize for literature in 1987 and was Poet Laureate of the US 1991 - 1992.