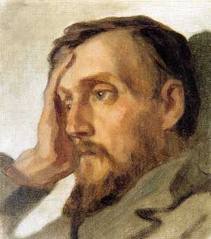 Description of Artwork: The writings of Belinskii are known for their scathing critiques of Russian society and religion. In one passage from his Selected Passages from Correspondence with Friends, he suggests that, instead of embracing "mysticism, asceticism or pietism," referring to Russian Orthodoxy, autocracy and nationalism, Russians should support laws that are "compatible with good sense and justice rather than the teachings of the church." 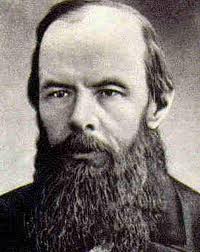 The Incident: Belinskii, a literary critic, wrote a Letter to Gogol in response to the Russian writer, Nikolai Gogol's, Selected Passages from Correspondence with Friends. Belinskii accused Gogol of defending the church and state authorities and being a traitor to the common good. Belinskii denounced Gogol's views and argued for a socially/politically committed art. The government banned circulation of the letter; however, it had a wide, illegal distribution and became in the following decades the central manifesto of Russian liberals.

During a reading of the text by the Petrashevskii circle Dostoevsky was arrested, imprisoned and sentenced to death by firing squad.

Results of Incident: Dostoevsky was reprieved shortly before his planned execution. The letter became infamous and was printed throughout Russia. It is said that by the mid-1850s every high school teacher in Russia could recite the letter.