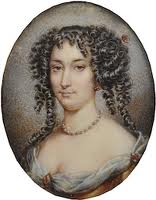 Description of Artwork: The play Marion Delorme is about a French courtisan famous for her beauty and her many prestigious lovers. The play criticizes the King's ancestor Louis XIII.

The Incident: Performance of the play, Marion Delorme, was prohibited by the official censors because it showed Louis XIII as a "weak, superstitious and cruel prince", and this depiction might provoke public maleviolence and lead to the disparagement of Charles X.

Results of Incident: Hugo appealed to the King. A royal veto sustained the prohibition, but Charles offered to raise the poet's pension from 2,000 to 6,000 francs. After Charles was removed by the Revolution of 1830, the play was produced at the Theatre Francais and published for the first time in 1831.