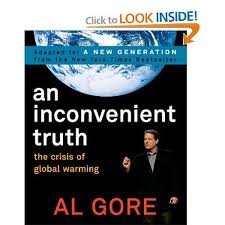 The Incident: "After a parent who supports the teaching of creationism and opposes sex education complained about the film, the Federal Way School Board on Tuesday placed what it labeled a moratorium on showing the film. The movie consists largely of a computer presentation by former Vice President Al Gore recounting scientists' findings."

The Board determined that "Al Gore's documentary about global warming may not be shown unless the teacher also presents an opposing view."

"Condoms don't belong in school, and neither does Al Gore. He's not a schoolteacher," said Frosty Hardison, a parent of seven who also said that he believes the Earth is 14,000 years old. "The information that's being presented is a very cockeyed view of what the truth is. ... The Bible says that in the end times everything will burn up, but that perspective isn't in the DVD."

Results of Incident: The movie may not be shown unless the teacher presents an "opposing view."