The Fine Ship and five other poems 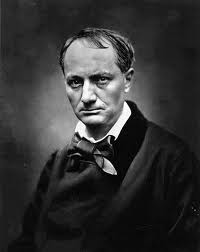 Description of Artwork: Baudelaire's poems were known for their sensuality and sexual imagery. One of his poems, The Fine Ship, describes women's breasts as "a shield armed with pink spikes, while her legs, visible between the flouncing panels of her dress, torment and rouse male desire."

The Incident: A French critic wrote a contemptuous review of Baudelaire's seminal collection, The Flowers of Evil, in July 1857. Shortly after, Baudelaire was accused of violating French morality law. His poems were described as "odious, vile and filthy." The French court found Baudelaire guilty; judges restricted six poems from his collection and imposed a fine of 300 Francs.

Results of Incident: Baudelaire was able to mitigate the fine to 50 Francs. His situation inspired a movement to give writers more literary freedom that did not pass in the French Senate until after World War II.