The Wonders of the Heavens and Flying 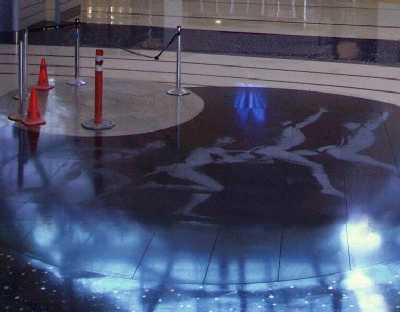 Description of Artwork: Photographic images sandblasted into black granite circles on the airport floor. These images depict nude men who appear to be in flight.

The Incident: Hours after the artwork was unveiled, it was again covered due to complaints about the male images. Though the Cultural Affairs Commission approved the artwork in 1999, they were called upon by the Los Angeles World Airports company to reassess the work.

Results of Incident: The Cultural Affairs Commission reviewed Narduli's piece and maintained their decision of approval.