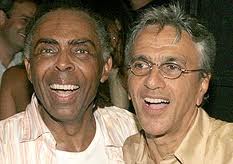 Description of Artwork: Tropicalia was a counterculture movement in Brazil. The movement was part of protests by artists in regard to the military dictatorship in Brazil. Considered degenerate art during the 1960s, the Tropicalistas were influenced by poetry and avant garde music. They freely gathered elements of their artistic expression from all cultures and genres. 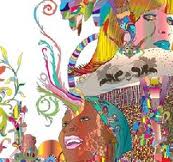 The Incident: In December of 1968, Gil and Veloso were arrested according to the Fifth Institutional Act. They were in jail for two months where their hair was symbolically cut. Once released from jail they were under house arrest until they were forced to go into exile in London. Despite censors, Tropicalistas managed to continue making music without changing the lyrics of their songs. For example, the Os Mutantes would play music over the controversial lyrics of their songs.

Results of Incident: Gil and Veloso were able to return to Brazil in 1972. Beginning in the 1990s, there was a revived interest in Tropicalia. Also, Tropicalistas continue to make music. Tropicalia was the subject of a Cross Arts Festival at the Barbican in London in 2006 (see poster on right). The festival featured an art exhibition, films and concerts and was attended by Gil.