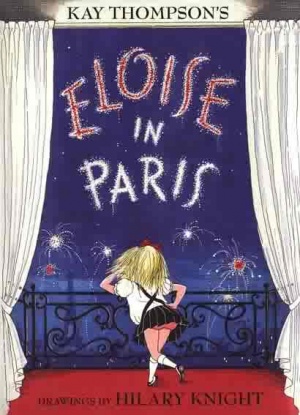 Description of Artwork: Eloise in Paris by Kay Thompson is a continuation of the series, Eloise, in which a little girl who lives in New York now takes a trip with her Nanny to Paris, France. It was published in 1957.

The Incident: A parent in a Houston elementary school voiced her concerns that Eloise in Paris is inappropriate for her child because there is nudity in the book and demanded that it be removed from the school's library.

Results of Incident: The challenge has not received any bans.