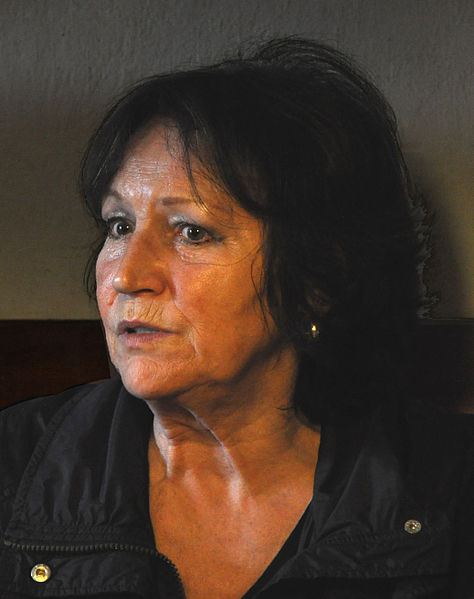 Description of Artwork: Kubisova had won prizes for her song Harmonika, which was a tribute to Russian soldiers who died during World War 2. However, after the Warsaw Pact invasion of 1968, she refused to sing it anymore and instead preformed Modlitba, which was meant to evoke national spirit.

The Incident: The spokesman for Kubisova's musical trio, the Golden Kids, was summoned to the office of the Director of the State Concert Agency just before they were to travel to Slovakia for a performance. Dr Hrabal (the director) showed him a set of pornographic photos (presumably fake) and told him to identify Kubisova as one of the models. When the spokesman refused, he was told to make the Golden Kids a duo.

The secret police used the photographs as an excuse to cancel all Kubisova's contracts for performing or recording.

Results of Incident: 15 months later Kubisova filed a lawsuit against Dr. Hrabal and won. Hrabal claimed he never thought it was her in the photographs. Regardless, she remained on the blacklists until the collapse of the USSR.