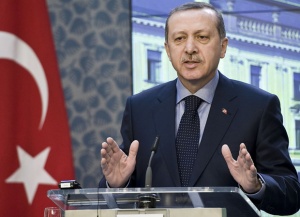 Description of Artwork: While social media platforms have been banned in their entirety, the specific content targeted was wiretapped telephone conversations involving Prime Minister Recep Tayyip Erdogan revealing wrongdoing. The conversations were leaked on several social media sites. Apparently Erdogan wants to oversee and control internet activity in order to prevent content that could attack his government party and the integrity of it.

Results of Incident: As a result of this incident, the media industry in Turkey has responded with protests. Debates about free speech are taking place all over Turkey, with the future of the media at stake. In response to the restrictions, a Turkish court has ordered that the blocks on Twitter be lifted.