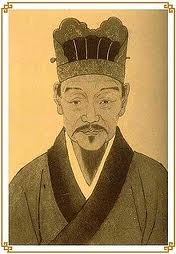 Description of Artwork: Li Zhi is a Chinese philosopher who rejected conventional Confucian teachings. Instead, he blended conventional Confucianism with Buddhism to develop his own ethical philosophy. This idea was that there is no absolute truth to be found in the standards of Confucianism except through careful introspection. He published books with knowledge that they would be regarded as dangerous (Two of them are named A Book to be Burned and A Book to be Hidden Away.)

The Incident: At the age of 74, censor Zhang Wenda had Li Zhi put on trial for spreading dangerous ideas and challenging the current orthodoxy. In reality this was partially a political move aimed at the enemies of Zhang Wenda's faction. Li Zhi was charged with seducing female students, one of which was the daughter of a high-ranking official. Zhang Wenda used this fact to embarrass his opposition.

Results of Incident: Li Zhi's printing blocks were ordered to be burned and he was given an extended prison sentence. Zhi cut his throat, feeling humiliated that he would be under surveillance.