A Long Way Gone: Memoirs of a Boy Soldier 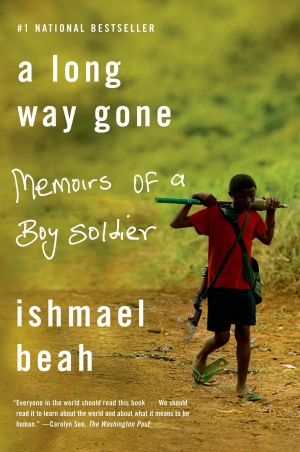 Description of Artwork: A Long Way Gone: Memoirs of a Boy Soldier by Ishmael Beah tells his story of abduction and induction as a child soldier. Originally from Sierra Leone, Beah was forced to join the army at the age of 13 after being separated from his family in the chaos of civil war. After three years of fighting alongside other child soldiers, he was rescued and eventually made his way to the United States, where he lives today.

The Incident: A Long Way Gone contains exactly one utterance of the word “fuck.” After Richmond high school students were assigned to read A Long Way Gone, the Richmond School Board agreed that high school English teacher Katie Rold must blacken out the word "fuck" in every copy of the book.

Results of Incident: Rold asked RHS principal John Parker if students could read the book unredacted. Parker referred the question to school board members, who read and praised the book but still unanimously decided that the single instance of “fuck” must remain covered.