Description of Artwork: William Hone published radical pamphlets, illustrated with the political satire of George Cruikshank. These usually avoided censorship due to humor and Hone's excellent defense of himself in court. 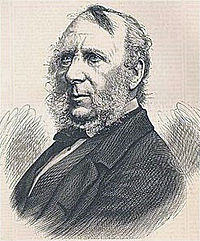 The Incident: Hone was arrested for publishing his pamphlet, A parody on the late John Wilkes's Catechism of a Ministeral Member. The Attorney General worried that he might be acquitted on charges of sedition so he changed the charges to be blasphemy, arguing that Hone was attacking the Church of England.

Results of Incident: Despite poor health, Hone was forced to give three speeches in the three days of the trial, each over 6 hours in length. He defended himself so well that the jury needed no more than 15 minutes to declare him not guilty, despite a biased judge. Hone had to go to trial two more times over his pamphlets and was acquitted on both occasions.

George Cruikshank, too, saw run ins with the government and was paid one hundred pounds not to portray the king in any "immoral situation."