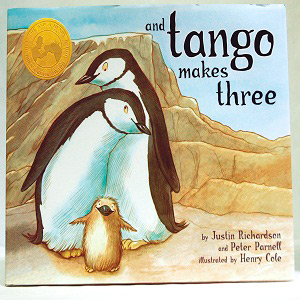 Description of Artwork: And Tango Makes Three is a picture book based on Central Park Zoo’s two male penguins that raised an egg together. The penguins are shown to display mating habits, and are humanized.

Results of Incident: And Tango Makes Three was removed from the four school libraries that had the book following a review committee approving the decision to pull the book. Those in Charlotte could still check out the book from Charlotte-Mecklenburg’s public library that retained the book after challenges.