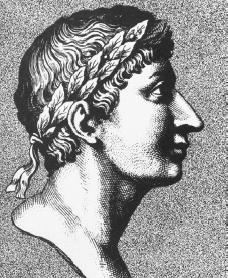 Description of Artwork: Ars Amatoria (The Art of Love) c. 1 B.C.E.: Brilliant treatise on the art of seduction and intrigue. The message was subversive of the official program of moral reforms then being fostered by Caesar August. It also included a number of references in their contexts both flippant and tactless to symbols of August's personal prestige. Elegies (Poems).

Results of Incident: 8 CE Ovid was sent to the Greek town of Tomi, near the mouth of the Danube, where he died in exile eight years later.