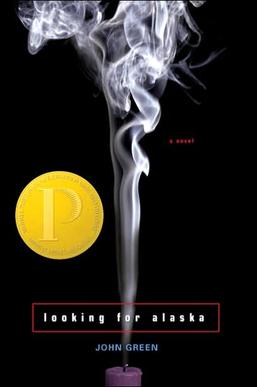 Description of Artwork: Looking for Alaska is a young adult novel by John Green, published in March 2005 by Dutton Juvenile. The book has been challenged for content dealing with sexually explicit situations.

The Incident: The novel has been banned for inappropriate sexual content by a parent of a freshman student in a Fort Lupton school in Colorado.

Results of Incident: John Green has responded to the ban on various social media outlets, such as Twitter and Tumblr, mainly delivering the message that this is not the first time the novel has been banned and does not expect it to be the last either. He acknowledges that his novel uses sexual language that may be overwhelming but not enough that it takes away from the storyline.