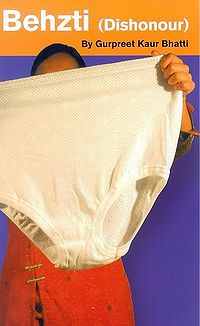 Description of Artwork: The play, which revolves around two Sikh women in a Gurdwara (a Sikh place of worship), involves scenes of sexual abuse, violence and murder. It is described as "a black comedy".

The Incident: Performances of the play were cancelled by the theatre due to threats of violent disorder from the Sikh community. Birmingham Repertory Theatre said it was acting out of fears for public safety.

The decision was taken following the attempt by more than 400 Sikhs to storm the theatre in protest at its production of the play.

Results of Incident: Another Birmingham theater has offered to stage the play.