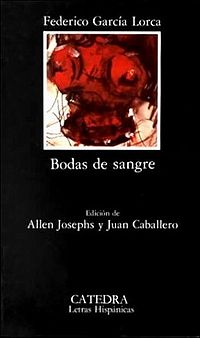 Description of Artwork: A tragedy. Lorca's poetry and plays combine "elements of Andalusion folklore with sophisticated and often surrealistic poetic techniques, cut across all social and educational barriers".

The Incident: In 1944 a production in the Canary Islands of the play Bodas de Sangre (Blood Wedding) was not permitted.

Results of Incident: As time went on however, even Franco and the fascists came to be more accepting of Lorca's work and some private performances of his plays were permitted. People began speaking publicly about Lorca again in the late 1940's. Though foreign influence helped to loosen the Franco regimes control over Lorca's work, bans were still placed as late as 1971. Due to public outcry however, Lorca's work was produced. His entire body of work remained censored until Franco's death in 1975.