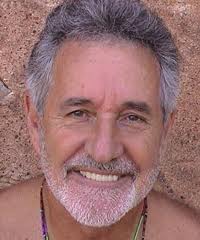 Description of Artwork: Breytenbach's poems and stories expressed the vision of free and open society. His piece To Fly: An Essay in Five Parts and an Ode imagined a town called "Butcher City" that was modeled after Cape Town.

The Incident: Breytenbach met censorship throughout his career in South Africa. He represents one of the first Afrikaaner writers to face censorship under the apartheid laws. Breytenbach was forced to make changes to To Fly... in 1965. His second collection of poems, The House of the Deaf (1967), had several political poems that were removed by the publisher. In 1972 his collection Sinking Ship Blues was banned in South Africa because it was allegedly offensive to religious populations and threatened the safety of the country. Several of his other works were also banned in South Africa.

Results of Incident: Breytenbach was forced to leave South Africa because he married a Vietnamese woman, violating South Africa's Immorality Law. He was arrested in 1975 for returning to South Africa from France with a fake passport, having been betrayed to the authorities by the ANC who distrusted him. He was released in 1985 and continued to criticize South African apartheid.