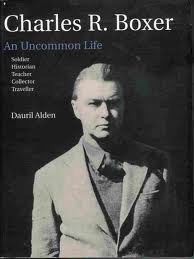 The Incident: Boxer taught Portuguese history at the University of London. His books upset Portuguese officials at a time when they were struggling to keep their African holdings. His book The Portuguese Seaborne Empire draws attention to legal and social discrimination toward Jews who converted to Catholicism. Another of his books Race Relations in the Portuguese Colonial Empire, 1415-1821 denies claims that Portuguese colonists were civil toward black Africans. Portuguese intellectuals told Boxer that he should return his Portuguese honours.

Results of Incident: The Portuguese dictatorship, under president Salazar, did not permit the sale of his books in bookstores. His work became recognized after the fall of the dictatorship in 1974.