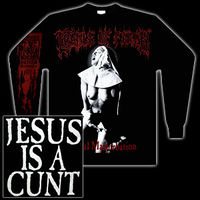 Results of Incident: Later in the month, a teen wearing the shirt in Australia was arrested for wearing the explicit and decidedly distasteful material on the street. He was charged with offensive behavior under the country's Summary Offensive Act 2005. New Zealand, Australia and the U.K. are continuing to seize shirts and arrest patrons with obscenity laws and hate speech codes.