Death of a Cyclist; The Revenge 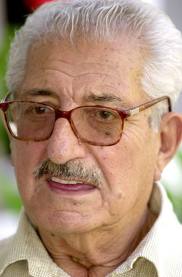 Confronting Bodies: Spanish censors under the dictatorship of Francisco Franco

Description of Artwork: Many of Bardem's films have been censored. Most of the censored pieces depict civil unrest or government corruption. 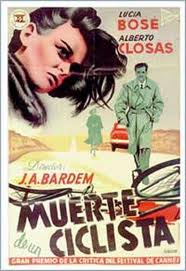 The Incident: Bardem's films have been censored through manipulation or editing by Franco's authorities from the start of Bardem's career. In one film, Death of a Cyclist (1956), Bardem was forced to remove sequences of a student demonstration and clash with the police from the film. In another, The Revenge (1957), Bardem had to change the year in which the film was set from the 1950s to 1931. The censors wanted to eliminate any connection between the dismal social conditions in the film to Franco's government.

Results of Incident: Bardem continued to make films, complying with the arbitrary changes. His later films lost the recognition that his earlier films earned; some believe it is because of the changes forced upon them by the Spanish authorities.