Death of a Salesman, The Crucible 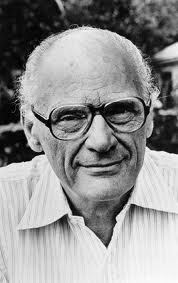 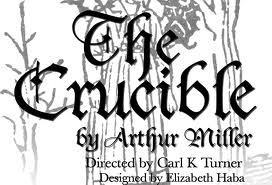 Description of Artwork: Death of a Salesman (1949) and The Crucible (1953) were Arthur Miller's most controversial plays. In Death of a Salesman the character Willy Loman challenges the idea of "the American dream". In this play, Loman is fired from his job of 30 years as a traveling salesman; and, ultimately, unable to fulfill his dreams, Loman commits suicide. The Crucible is a portrayal of the Salem Witch Trials of 1692. The play focuses on John Proctor, who is falsely accused and condemned of witchcraft. Proctor is offered amnesty if he will name other witches, but he refuses and is put to death. 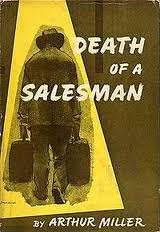 The Incident: US critics attacked Death of a Salesman as Marxist for its implied critique of capitalism and materialism (ironically, Soviets criticized the play as not being Marxist enough). And, critics objected to The Crucible on the basis that it suggested a parallel between the hysteria surrounding the Salem witch hunt and the McCarthyism that dominated the current era. The US government objected to Miller's pro-communism message. In 1954, the Belgo-America Association, a business group, invited Miller to the European premiere of The Crucible in Brussels. However, his application for a passport renewal was turned down by the chief of the US passport division as being "not in the national interest". Then, in June 1956, Miller was called to testify before the House Un-American Activities Committee (HUAC) concerning unauthorized use of passports. Aware that he had attended a few meetings of communist writers, HUAC ordered Miller to name the meetings' attendees but Miller refused.

Results of Incident: In 1957 Miller was convicted of contempt of Congress, fined $500, and given a suspended 30-day jail sentence. On appeal the next year, the citation was reversed. In 1965, Miller was elected president of PEN, the international literary organization that provides a forum for expressing views and fighting government repression.