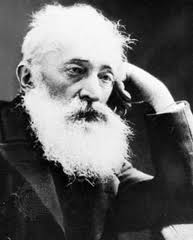 Confronting Bodies: Committee for the Inspection of the Schools Beyond the Milcov River, the Minister of Cults and Public Education, and judicial authorities at the National College of Iasi.

The Incident: In Duduca Mamuca, Hasdeu had lampooned several political figures. This provoked the Committee for Inspection of schools beyond the Milcov River to send him a written complaint. He mocked the letter in a copy of his magazine. A month later, the Minister of Cults and Public Education dismissed Hasdeu from his position as chair of history at the National College of Iasi. The judicial authorities in Iasi found his writing to have defied public morals.

Results of Incident: A month afterwards, a criminal court found Hasdeu not guilty, judging that the novel does not allude to specific persons so that one may claim public morals have been infringed by attacks directed at somebody in the community.

He released a version of the novel with deleted segments in 1864, although he had defended his writing through comparing it to equally "indecent" passages from the works of classic Romanian writers.