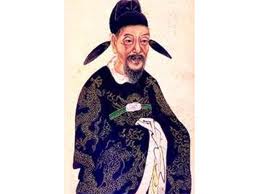 Description of Artwork: Fang Xiaoru was a Ming official who wrote several works and advised his emperor.

The Incident: Fang's emperor fell from power after a civil war in 1399. The conquering leader asked Fang to write the law legitimizing his succession. Fang refused and was tortured and killed along with his relatives, friends, associates, students, neighbors and anyone with the most remote connections to him. In addition, a de facto ban was placed on all of his works. In 1404 a man named Zhang Pu was caught with a copy of Fang's writings and was executed.

Results of Incident: A student printed a compilation of Fang's work under alternate titles throughout the 15th century. Fang became a national hero and has been venerated in China ever since.