Fix What You Break 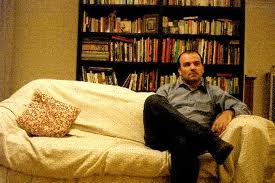 Description of Artwork: Fix What Your Break is a piece of fiction that became controversial over its frank dialogue, use of profanity, and discussion of sex.

As for the paintings of Stankovski, many of them have nude women in them.

The Incident: Gera wrote a work called Fix What You Break, and was promptly arrested for it, along with his publisher in a leftist student-run newspaper, Camilleri. Another instance of censorship were the paintings of Alexander Stankovski, which contained some nudity in them.

Results of Incident: The Maltese Front Against Censorship staged a mock funeral for art. Mourners marched with a black coffin, which symbolized the demise of free cultural expression in the country. However, the government has yet to soften its restrictions. Gera and Camilleri were acquitted of obscenity charges but the Attorney General has appealed to the high court.