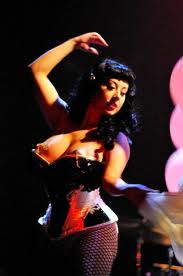 Description of Artwork: It is a music video depicting the female lead singer as a topless devil and exposes her breasts numerous times in the video. A photo of Pope Benedict XVI is also shot by a Nerf gun while a photo of Sinead O'Connor is placed prominently.

The Incident: YouTube removed the video from their website but did not give the reasons for doing so.