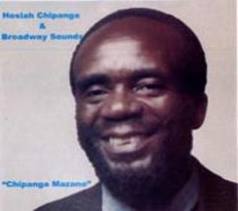 The Incident: After the song's surprise release the album was blacklisted and pulled off air from Radio Zimbabwe.

Results of Incident: DJs were forbidden to play any of Chipanga's music. According to Zim Daily, “As you enter ZBC Radio Zimbabwe's studios you are welcomed with posters written Hosiah Chipanga Prohibited Music. This reminds the DJs to censor themselves. Chipanga is the third victim of circumstances after Leonard Zhakata and Thomas Mapfumo whose catalogues are not wholly given airplay”. However, by 2011 "Chipanga is currently enjoying overwhelming response from his latest album Vaudze Hosiah that has taken the airwaves by storm." (The Zibabwean, Entertainment section, 8/9/2011)