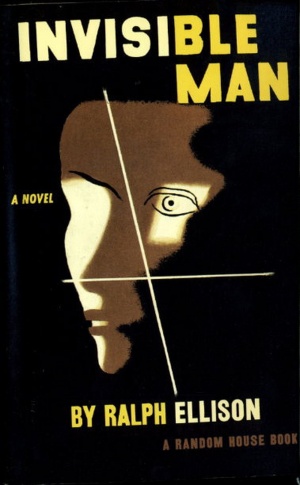 Description of Artwork: Invisible Man is a novel by Ralph Ellison. It won the National Book Award in 1953. In 1965, a national poll of book critics deemed it the greatest American novel written since World War II. Invisible Man is the story of an unnamed narrator whose bright future is erased by racism, told in confession form, using the language of the period in which it was written. "I am an invisible man," the novel begins. "No, I am not a spook like those who haunted Edgar Allan Poe...."

The Incident: Ralph Ellison's novel was one of the three suggested books to read for the summer for 11th grade students. It came under challenge when a mother of one of the students thought that the novel had too many sexual references and profane language, and a member of the Board of Education agreed that he did not find any literary value in the book. As a result, the Randolph County school board voted 5-2 to ban the book from school libraries in the county.

Results of Incident: On September 25th, the school board decided to lift the ban on the book. Invisible Man can now be found on shelves of Randolph County libraries.