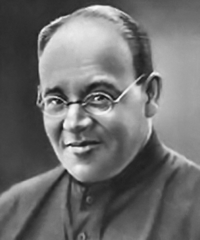 Description of Artwork: Some of Babel's short stories were considered pornographic, others offered his impressions of the Russian Civil War, which he wrote as a correspondent in the Red Army's First Cavalry.

The Incident: Babel admitted to censoring his own stories because of the places and descriptions of Red Army atrocities. Critics accused him of slandering the army. The literary magazine, Bereshit, tried to publish six of his stories but was withdrawn from libraries and the stories included were banned. Another collection of Babel's stories, that opposed anti-Semitism, were considered harmful and were banned. In 1936 Babel wrote a screenplay which was delayed by the censors and never completed. He was arrested after he openly opposed the creation of a Writer's Union. In 1939 Babel was accused of engaging in anti-Soviet activity and passing information to foreign powers. He was executed in 1940.

Results of Incident: A collection of Babel's accepted collected works was published in 1957, but the remainder of his collection was retained until the 1980s.