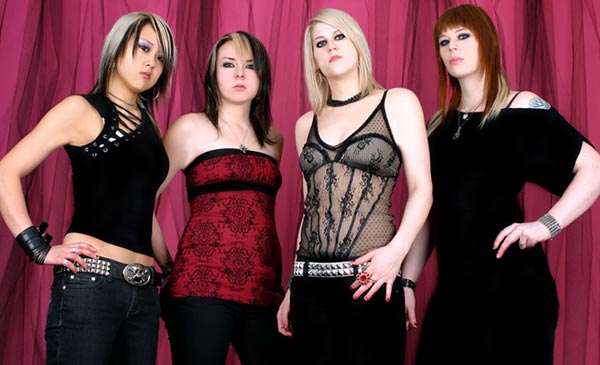 Description of Artwork: The hardcore-rock group Kittie is known for their loud music and profane lyrics.

The Incident: At a concert on November 9, 2003 at The Live Room, law enforcement approached the band's tour manager and ordered him to end the concert. The officers told the manager that they had recieved several complaints in reference to noise and obscenity. Police threatened the tour manager with arrest if he did not end the concert immediately.

Results of Incident: The band's tour manager ended the show in mid-song.