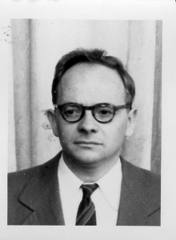 Description of Artwork: Alleg's book, La Question, is an autobiography that revealed torture and other brutal practices used by French forces in Algeria. 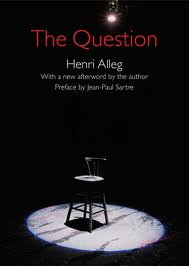 The Incident: Alleg, a French settler in Algeria, wrote La Question while in prison. He was arrested for editting the Alger Republican, a left wing periodical banned by the French colonial government. After his imprisonment he returned to France and wrote the book. Two weeks after its publication, La Question was banned and all stocks were siezed. The French government was notorious for banning writing critical of their position in Algeria. The French government also banned the book La Gangrene, five students' accounts of torture inflicted by French troops, and various periodicals.

Results of Incident: George Braziller, an American publisher, released La Question in English shortly after it was censored. When the French occupation of Algeria ended in 1962, the ban was lifted.