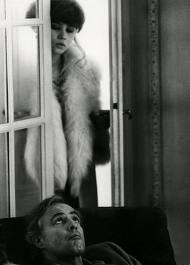 The Incident: Last Tango in Paris survived its first attempt at censorship, brought by a private prosecutor in Bologna in 1972. However, the Bologna Court of Appeals banned, confiscated and destroyed copies of the film. Bertolucci, the films producer, Alberto Grimaldi, Marlon Brando and Maria Schneider, were arrested, received two month prison sentences and fined 30,000 lire. The case was retried several times between 1972 and 1976. Prosecutors argued that the work should not be protected as a work of art, the courts agreed, and the ban stood.

In Cincinnati, Ohio, the city's chief officer watched the film and declared that it was obscene. Fearing legal action, the theater's director terminated the film's engagement after seven weeks. The film was also placed on the U.S. Catholic Conference's list of condemned films.

In England, the film passed through the British Board of Film Censors, however, was brought to trial under the Obscene Publications Act. Last Tango was not banned but was forbidden to air on television until the early 1990s.

In Canada, the film was passed in most jurisdictions, but banned in the province of Nova Scotia. A theater owner in the province of Manitoba was charged with exhibiting an obscene film. The court ruled the film had artistic merit and was not obscene. Following that ruling, a newspaper took the Nova Scotia government to court, claiming that it was unconstitutional for the government to ban a film that was not obscene. The case got bogged down in procedural issues, but, in 1978, the Supreme Court of Canada ruled that provincial film boards could ban any film they wished.

Results of Incident: The film earned international recognition. Up to 1998, it has not been allowed to show on Italian screens. In 1998 a bill crossed the Italian Parliament that would deny the Censorship Commission the power to ban films.

The Canadian province of Nova Scotia eventually passed the film, and backdated the approval to the date of release. The constitutionality of provincial film bans has been challenged in provincial courts several times since 1978, but the matter has not returned to the Supreme Court and the provincial right to ban films remains.