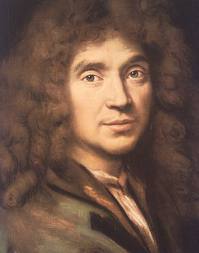 Description of Artwork: Le Tartuffe ou l'Imposteur, 1664-1669: A satire on religious hypocrisy. Tartuffe portrayed a pious crook so firmly established in a bourgeois household that the master promises him his daughter and disinherits his son. At the time it was common for directors of conscience to be placed in families to reprove and reform conduct. When this "holy" man is caught making love to his employer's wife, he recovers by masterly self reproach and persuades the master not only to pardon him but also to urge him to see as much of his wife as possible.

The Incident: 1664, France: Le Tartuffe ou l'Imposteur banned from the public stage by Louis XIV who, nevertheless, read it aloud to an audience which included high dignitaries of the Church. 1667: While the King was away in Flanders, the play was given as The Impostor.

Results of Incident: 1664, France: The first three acts were given repeatedly at court, but Moliere could not get permission for a public performance. During these years the church called him "a demon in human flesh," closed his theater, and tore down his posters. 1667: The theater was ordered closed by the Chief of Police, and the Archbishop of Paris laid a ban of excommunication on all who might act in the play, read it, or see it. 1669: Permission was granted by the King to perform the play in public.